Top Ten Things to See and Do in China

Top Ten Things to See and Do in China

Beijing:
The Forbidden City was the Chinese Imperial Palace from 1420-1912. It is now the Palace Museum. The structure is one of the largest ancient structures of its kind in the world and certainly one of China’s most amazing architectural accomplishments.

A trip to Beijing would be incomplete without a visit to The Forbidden City. Although it can be crowded and maybe not quite as enticing to younger children, it is a spectacular site and worth your time!

Tiananmen Square is most well known to those of us who were around in 1989 as the place where students led a call for more democracy, freedom and government accountability. The protest spread nation-wide but brought about the use of military force that eventually killed hundreds of thousands and quashed the rebellion against communism.

Other than being the site of much violence, Tiananmen Square is also the largest public square in the world. A visit to pay homage to the brave students that lost their lives here is a sobering and moving experience. 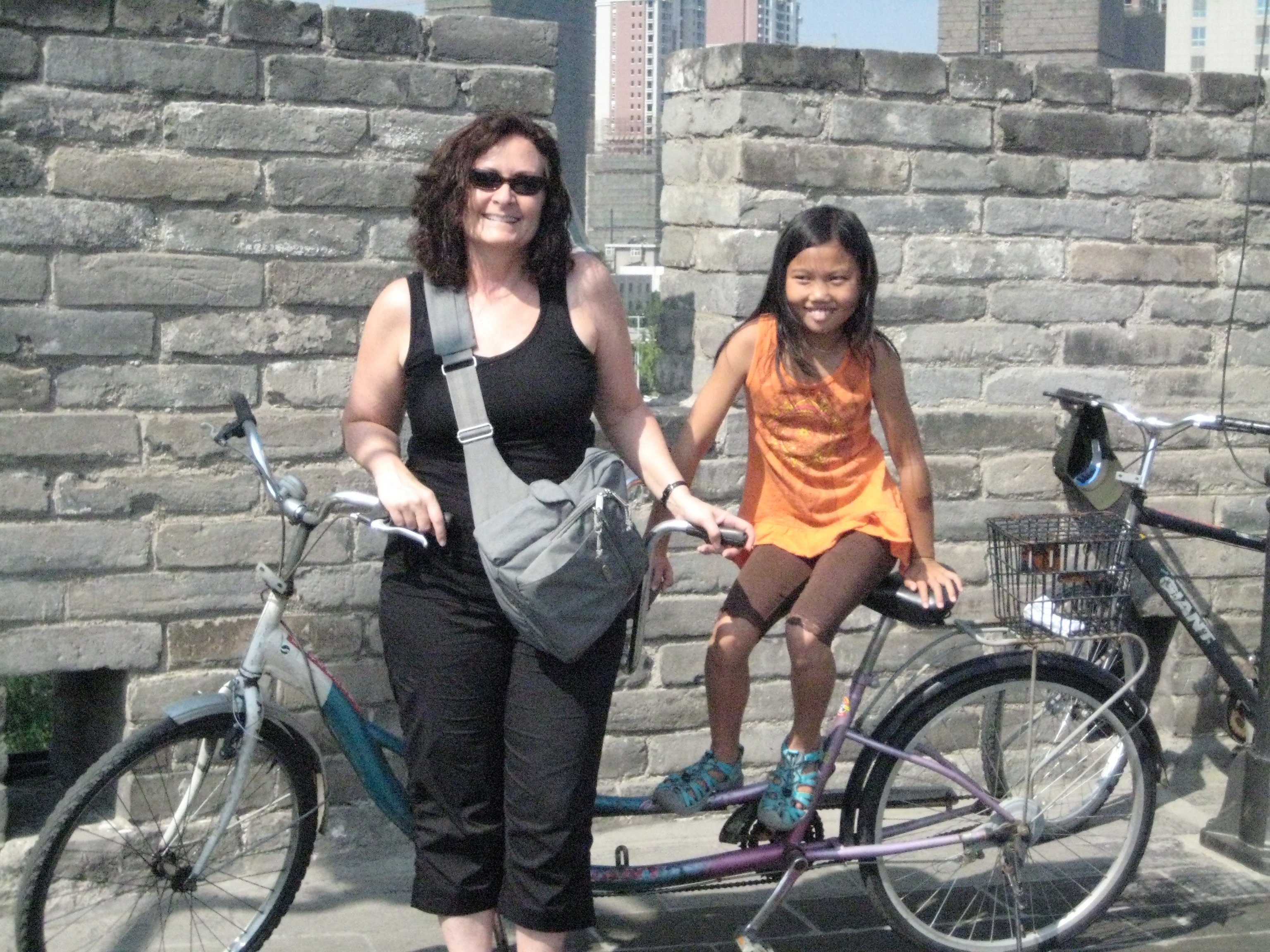 The Great Wall of China extends 4,000 miles across the country along China’s northern border. It has been used as a means for border control (immigration, emigration and invasion), as well as controlling trade. The wall was developed to include watch towers, troop barracks, garrison stations and serve as a transportation corridor. There are many areas throughout the country where you can hike, ride bicycles or cable car up to the top of the wall.

In Beijing there is an area where you can cable car up and toboggan down! It’s great adventure but not for everyone. You’ll have to have your daring hat on for the ride!

Spending an afternoon exploring the Hutongs (mazes of small lanes through the old part of the city) via rickshaw is one of my most favorite experiences. We love to include time to get to know a local family as well as cook and eat a traditional meal with them. It makes for a wonderful experience for everyone in both families!

Xian:
The Terra Cotta Warriors are one of the most well-known and spectacular displays of funerary art in the world. More than 8000 soldiers, 130 chariots, 670 horses (the majority of which are still buried) were buried with Qin Shi Huang, Emperor of China in 210BCE to protect him in the afterlife.

The Terracotta Warriors were found in 1974 by a group of local farmers and one of the farmers still comes to the museum on a regular basis to sign autographs. It’s a fascinating museum and well worth a visit to Xian.

Bicycle around The Great Wall – there is a lovely area in Xian where The Great Wall is easily accessible and bicycle rentals are numerous. My daughter and I spent a couple of hours riding along the wall on a tandem bike enjoying the sunshine and exploring the area. Definitely one of our most memorable experiences in China! 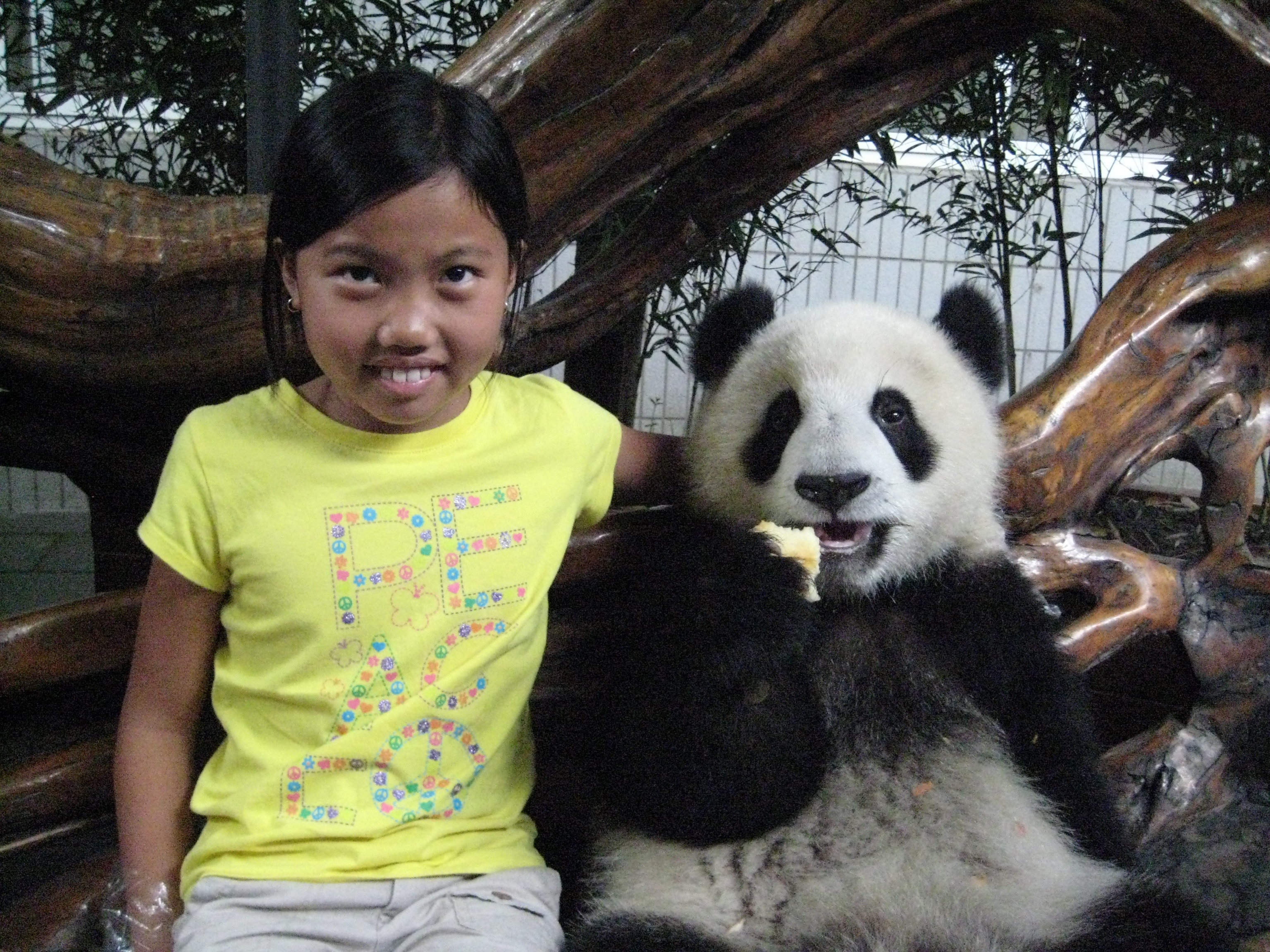 Hike the nature reserve surrounding the Chengdu Panda Breeding Research Center and hold a baby Panda. This day was absolutely our favorite day in China! The pristine grounds and natural habitats for the pandas were spectacular but for my daughter, holding a baby panda is a lifelong memory! Don’t miss the opportunity to explore this research facility!

Guilin:
Elephant Trunk Hill – floating on the Li River in beautiful Guilin is an experience that delights all travelers to this area. And seeing Elephant Trunk Hill, the landmark of Guilin, is one of the highlights!

Reed Flute Cave is another one of the spectacular sites around Guilin. A 240 meter-long cave filled with stalactites, stone pillars and rock formations that are illuminated by colorful lighting. It is a very special experience not to be missed when traveling to Guilin!

Shanghai:
Although the booming megalopolis that is Shanghai has innumerable things to see – The Bund, Yu Garden, Jade Buddha Temple, the Shanghai Museum, etc, what I hear clients talk about most is their trip to the West Lake District – a UNESCO World Heritage Site.

Families can take a train to the area, bicycle around the lake and explore the garden and Lingyin Temple. It is a lovely trip outside the bustling city and offers great fun for everyone in the family!

When you are ready to design a Heritage Journey for your family, give me a shout, I’d love to help in any way I can!

You can always sing up for a 30-minute discovery session by following this link:calendly.com/bambi

I look forward to hearing from you!