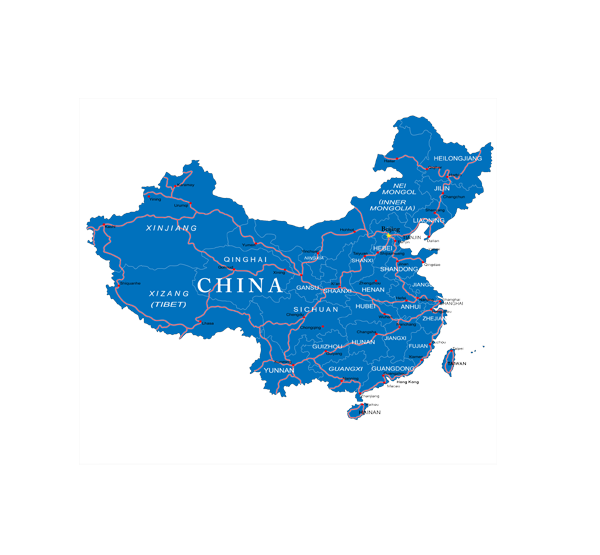 We can design an unforgettable adventure for your family or help you create your own!

The vast land expanses of China include plateaus, plains, basins, foothills, and mountains. The sites in China are as extensive as her landmass. From The Great Wall to a cruise on the Li River, China is captivating and complicated.

In Beijing you can explore the Forbidden City, Tiananmen Square, The Bird’s Nest, the Summer Palace and more. Visit Xian and see the famed Terra Cotta Warriors, The Great Mosque, Muslim Street and bicycle around The Great Wall. Head to Chengdu and you can hike through the nature reserve and even hold a baby Panda. If you stop in Guilin don’t miss Elephant Trunk Hill, Reed Flute Cave or Seven Star Park. And a stop in magnificent Shanghai in a must! You can take in the famous Shanghai Museum, Nanjing Road (the busiest shopping area in this bustling metropolis), Yuyuan Garden and the nearby Chenghuang Miao bazaar. Although impossible to see all of China in one trip, we will help you create a Heritage Journey that fits your family! 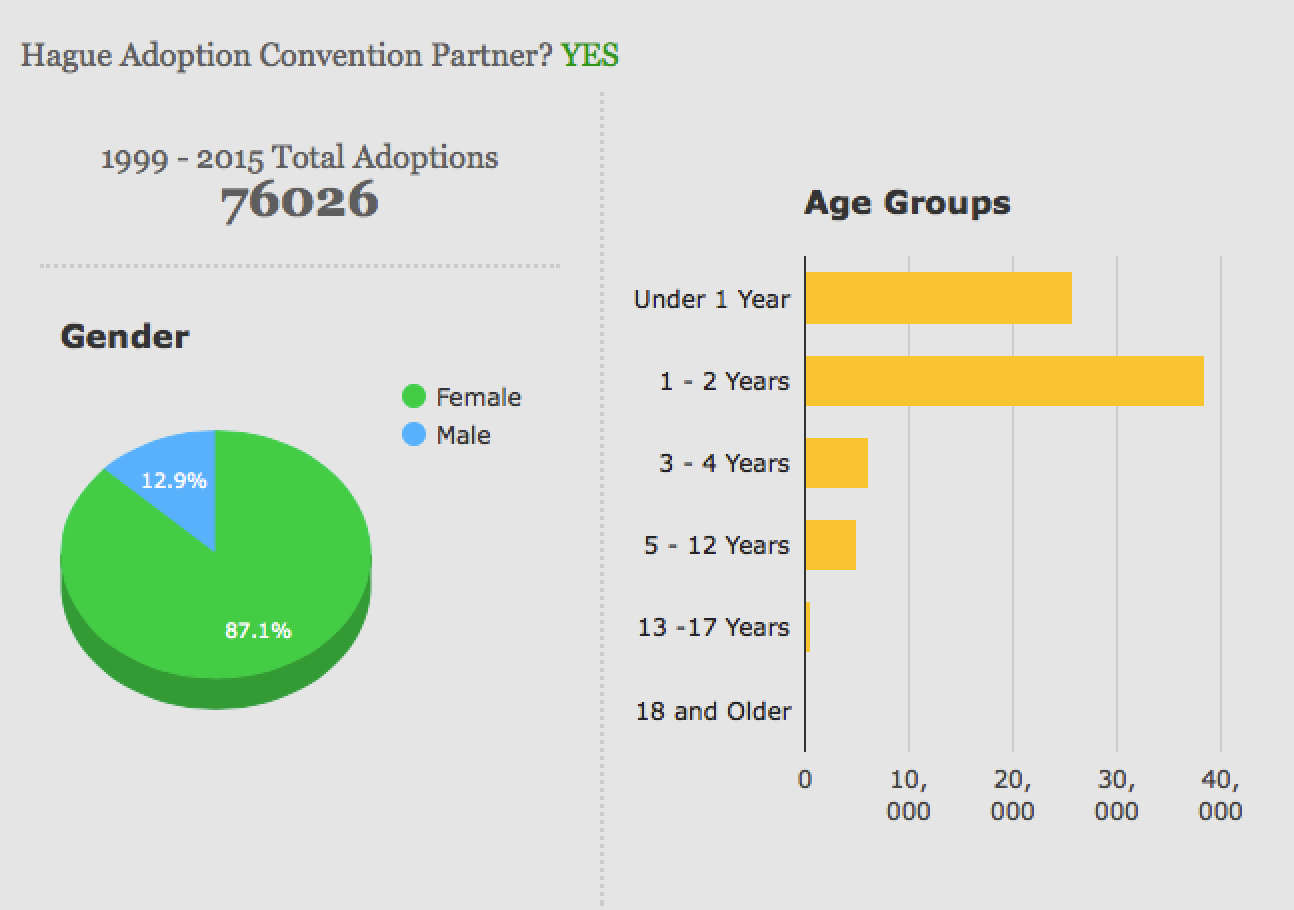 Foreign nationals must carry their passports at all times as police carry out random spot checks; these are more frequent around times of heightened security such as sporting events. Those wishing to visit Tibet are strongly advised to join a travel group. Individual travelers need a Tibet Travel Permit issued by the Tibet Tourism Bureau. Applicants also need to show their Chinese visa.

Visas are required except for:

Because of its size, China has a great diversity of climates, but since it is located entirely in the northern hemisphere, its seasons are comparable to those in Europe and the US. The northeast has hot and dry summers and very cold winters. The north and central regions have almost continual rainfall, hot summers and cold winters. The southeast region also has its share of rainfall, with semi-tropical summers and cool winters. Central, southern and western China are susceptible to flooding, and the country is often subject to seismic activity.

To the north China is bordered by Russia and Mongolia; to the east by Korea, the Yellow Sea and the South China Sea; to the south by Vietnam, Laos, Burma, India, Bhutan and Nepal; and to the west by India, Pakistan, Afghanistan, Tajikistan, Kyrgyzstan and Kazakhstan. China has varied terrain ranging from high plateau in the west to flatlands in the east; mountains take up almost one-third of the landmass.

The highest mountain ranges are the Himalayas, the Altai Mountains, the Tian Shan Mountains and the Kunlun Mountains. In the Himalaya, on the border with Nepa,l is the tallest mountain in the world, 29,198ft Mount Everest. In the west is the Qinghai/Tibet Plateau, with an average elevation of 13,200ft, known as ‘the Roof of the World’. At the base of the Tian Shan Mountains is the Turpan Depression or Basin, China’s lowest area, 508ft below sea level at its lowest point. China has many great river systems, notably the Yellow (Huang He) and Yangtze River (Chang Jiang, also Yangtze Kiang). Only 10% of all China is suitable for agriculture.

Learn how Motherland Travel can help you plan your intentional & purposeful Heritage Journey!

When we plan trips to a child’s birth country we are looking for activities that accomplish specific goals. First and foremost, we want to bring adoptive families closer together. We know that adoptive families often struggle with attachment and bonding issues so we use fun adventure activities that are challenging enough to require each family member to step outside his or her comfort zone, but easy enough to be accomplished. When that happens, research tells us that several different hormones are released into your body – serotonin, dopamine and endorphins. When those hormones are released into your body, you feel good – they are your happy hormones! When you feel good, you are more likely to connect deeply with all those around you. Especially when you congratulate, hug and talk about your accomplishments. And the good news, that’s when you release oxytocin – which is the clincher! Oxytocin is the bonding hormone and we want our travelers to release it as often as possible!

We use adventure activities like a company would use team-building exercises. We want the activity to act as the catalyst for healthy communication, collaboration and ultimately, connection. When families work as a team to accomplish a goal, it helps builds a positive family culture. Team-building exercises and adventure activities (when done together) lay the foundation for mutual understanding and respect. You get to see each other’s strengths and weaknesses and encourage each other through to the meeting your desired goal. The best part, accomplishing goals and  being rewarded for your efforts, releases all the happy “connecting” hormone’s AND builds self-esteem. Research also tells us that internationally adopted children often score lower on measures of self-esteem – we want to change that. When your adopted child accomplishes his or her goal, feels great, releases those happy hormones, he or she will connect more deeply with you and  other family members – it’s that simple.

What families are saying about working with Motherland Travel:

Originally, I hadn’t considered using a “travel agency” for our trip because I was used to doing all my family travel plans using tools on the web.  I am so grateful that we discovered Motherland Travel because we had only one opportunity to make a first impression of Guatemala on my son. Bambi thought of so many things that I would have missed. Our ultimate goal of the trip was to have Jack feel proud of his heritage. We knew that we had succeeded when on the last day of the trip as we were roasting cocoa beans at the chocolate factory, my son introduced himself to a stranger by saying “Hi, my name is Jack and I am from Guatemala.”

The trip transformed all of my fears of NOT being able to do a trip like this into joy and success. The people, pacing, activities, accommodations, and scope of the trip was a perfect fit for our family.

I feel like Bambi asked insightful questions during the initial consultation, helping me articulate my goals for this trip. I appreciate the family bonding/adventure travel information she provided, as well as the general information about Guatemala. Bambi targeted our budget and made the most of every experience, given our financial restraints. The itinerary proposal and final itinerary were thorough, detailed, and very clear. I so valued the personal details about possible triggers for my son, visiting his birth country.

We are so grateful for the effort, service, time, and thought Motherland Travel put into planning this trip for us. We have been transformed by the travel. Eddy exudes a pride and joy when he talks about our trip, and talks about Guatemala. A few days after we returned, his teacher had him present to his class about how the ecosystems in Guatemala affect the culture and way of life. As I watched him present to his peers, he shared details and experiences that revealed how much this trip was profoundly imprinted on his heart and his identity. Our family benefited so much from being out of our comfort zone – we learned so much about our son’s birth country, about human resilience, and even more about our family. I can’t choose one favorite moment, or even pick out a single least favorite moment. The days were unique, yet perfectly balanced, creating a gorgeous tapestry of experiences.

Learn how Motherland Travel can help you plan your intentional & purposeful Heritage Journey!

Oh, the places you can go!

We design custom Heritage Journeys for the following countries:

Some Of Our Favorite Photos from China: 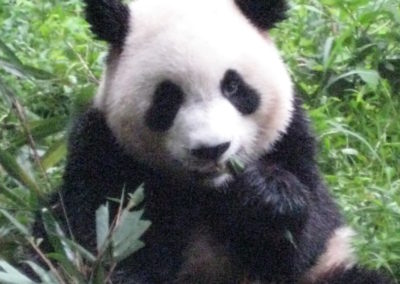 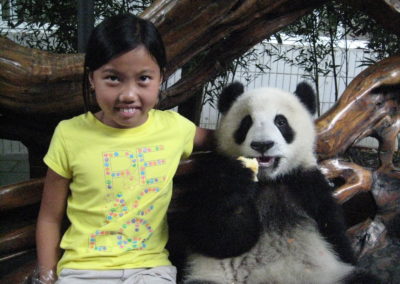 Jo with a Panda 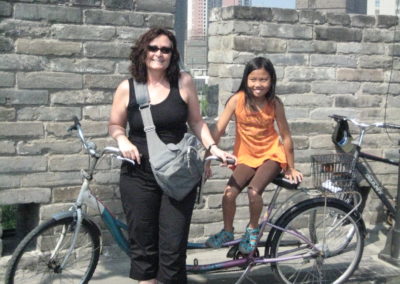 Jo and I riding bikes on the Great Wall 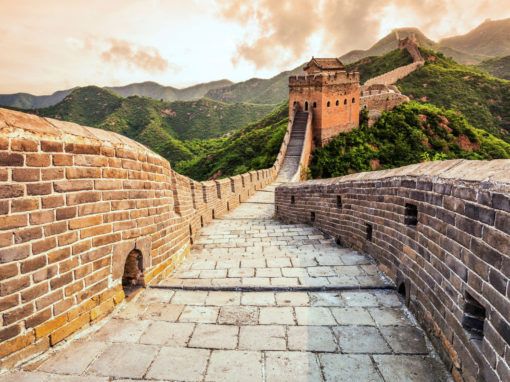 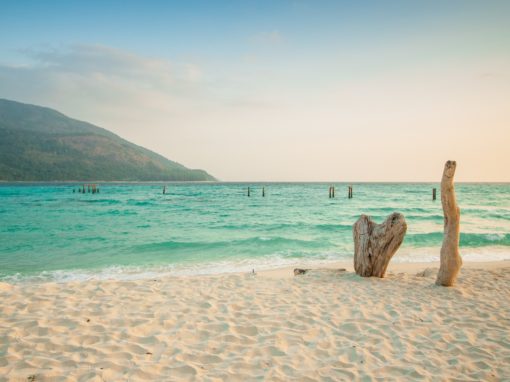 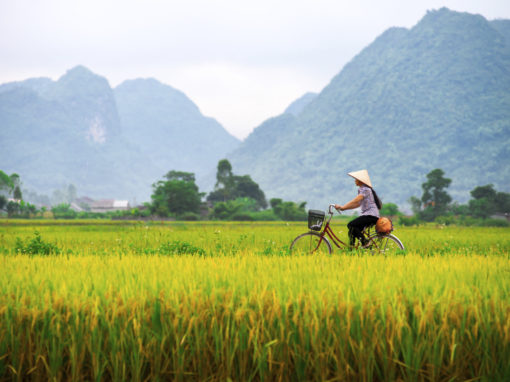 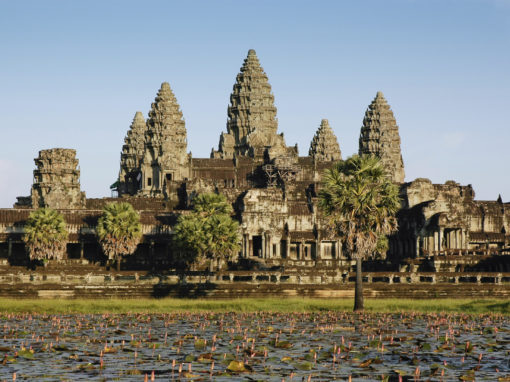 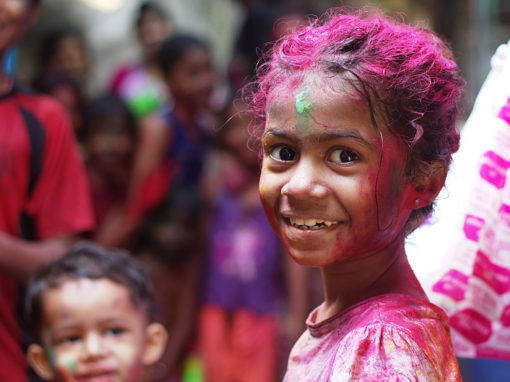 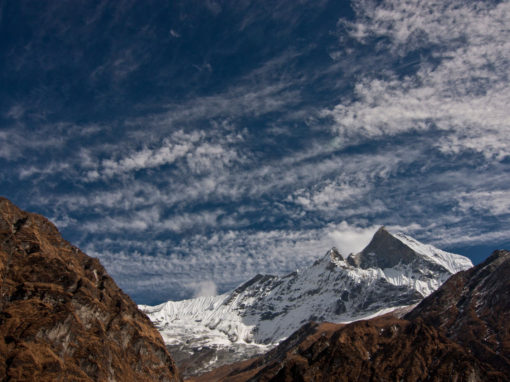 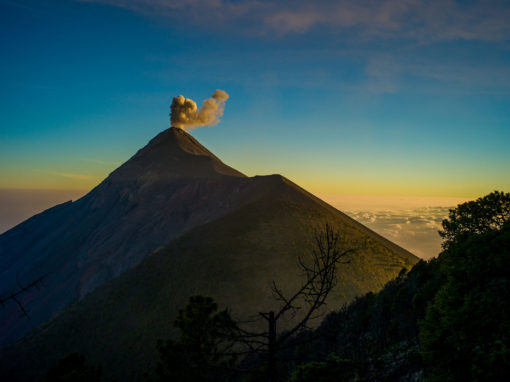 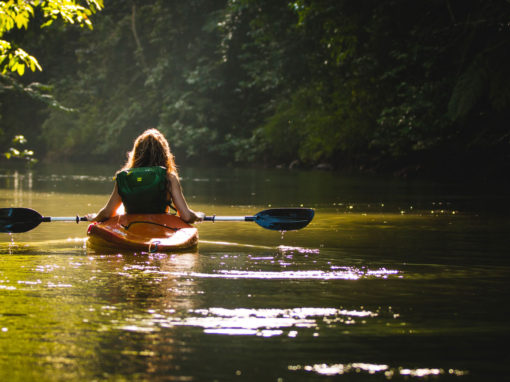 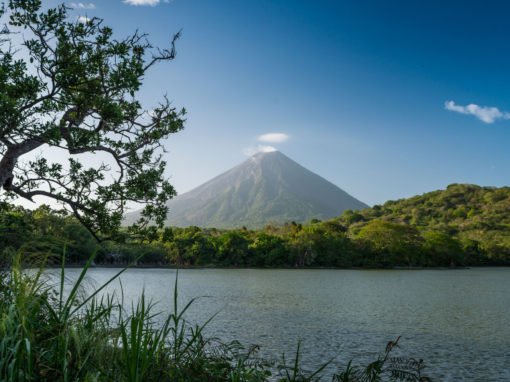 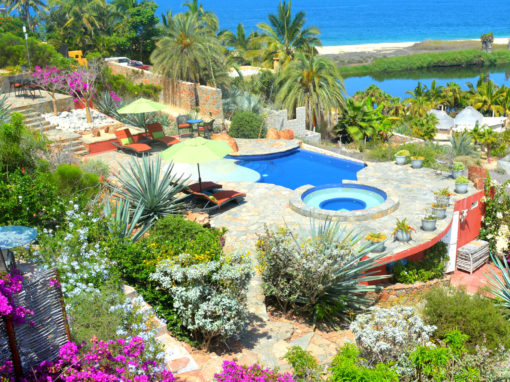 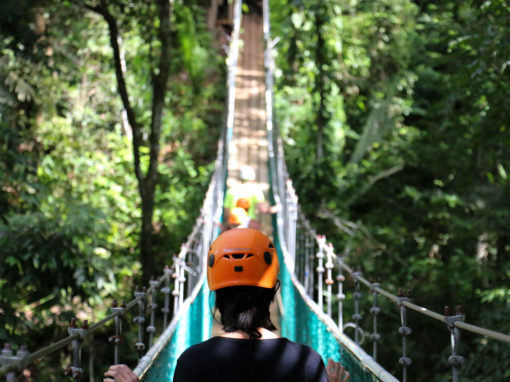 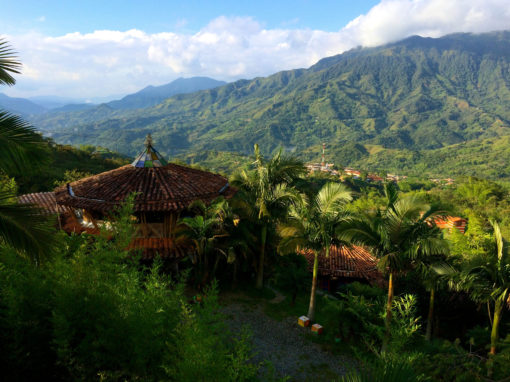