Thailand! Come Explore Our Favorite Things to See and Do

Our Favorite Things to See and Do in Thailand. Come explore with us! 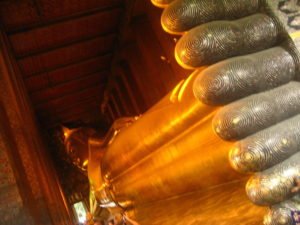 Wat Po, or the Temple of the Reclining Buddha, is a lively and lavish temple complex in the Phra District of Bangkok. This temple complex houses the largest collection of Buddha images in Thailand, including the 46-meter long reclining Buddha. It is definitely a site to behold!

Ayutthaya – Bangkok
About an hour away from Bangkok sits the grand complex of Ayutthaya, the former capital of Thailand, founded in 1350. Once one of the wealthiest cities in the region, Ayutthaya’s gilded temples and treasure-laden palaces sparkled from miles away! Dozens of ruins, many of which have been at least partially restored, offer a tantalizing glimpse into Ayutthaya’s rich past. 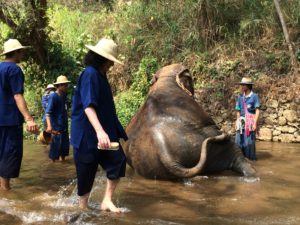 Elephant Camps – Chiang Mai
Enjoy the day at a local Elephant camp in the Chiang Mai area. Visit and interact with elephants, help prepare their food and feed even learn to your elephant. Later in the day, you will practice using commands to ride and control your elephant.

By the end of the day, you will be able to take your elephant for a ride the forest to visit a natural black mud spa where you can play in the mud with the elephants – it’s good for your skin and the elephants enjoy it immensely! After the mud bath, you and your elephant will need a bath in the river! Clean your elephant and have fun swimming before returning to the elephant care center for a proper shower. This is an experience for the record books – do not miss out on this amazing opportunity! 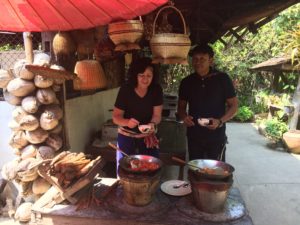 Visit the home of a local Lanna family and learn about their culture, their traditions and the architecture of their traditional Thai house and rice barn. Cook traditional recipes with authentic northern Thai flavors made with ingredients right from their garden. You will have the opportunity to spend the day with the family and be their guest for a fabulous meal – that you help cook! 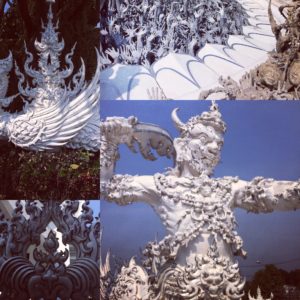 Wat Rong Khun – Chiang Rai
A striking temple complex in Chiang Rai is better known as the White Temple for a reason! It is contemporary, unconventional and well worth a visit! At the end of the 20th century, the complex was in a terrible state of repair. A local artist, Chalermchai Kositpipat, decided to rebuild the complex and has to date spent more than THB 40 million of his own money on the project. It is a surprising and beautiful complex. It is dark and light all at the same time. The artwork is phenomenal and something not to be missed if you are in this part of Thailand.

Hiking in the Hill Tribe Villages – Northern Thailand
Akha, Lisu, Hmong and Karen tribes are found throughout northern Thailand. You can spend one day or several, walking through the beautiful rainforests of northern Thailand to immerse yourself in the fascinating culture of numerous hill tribe villages. Experiencing their way of life will be a transformative adventure for everyone in your family!

Sea Kayaking – Phuket
A distinct feature of Phang Nga Bay in southern Thailand is the sheer limestone cliffs that jut vertically out of the emerald green water. Leave Phuket by boat then grab your sea kayak and paddle around and through the dramatic karst formations. The birds and wildlife are almost as stunning as the cliffs themselves. A spectacular way to spend your day!

Khao Sok National Park – Southern Thailand
Khao Sok National Park in southern Thailand is a place of wonder. It is covered by the oldest evergreen rainforest in the world, with huge limestone mountains, deep valleys, breathtaking lakes, exciting caves, wildlife, and birds galore! Situated between Phuket and Krabi, it is easily accessible and the perfect place for jungle trekking, canoeing or truck safaris. The accommodations are moderate but the experience is rate! 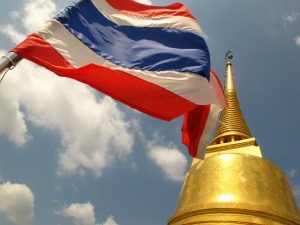 As the capital and largest city in Thailand, Bangkok has some of the most amazing sites. Although it might be difficult to navigate via car during rush hour, it’s worth the effort. Remember is the name of the game in Bangkok!

Chiang Mai
Chiang Mai, the largest and most culturally significant city in northern Thailand, was number 24 in Trip Advisor’s 2014 “25 Best Destinations in the World”. With easy access to the hill tribe villages in the north, rainforest hikes, several elephant camps, beautiful bike rides, and a growing emphasis on sustainability and eco-travel, Chiang Mai is an adventure seekers dream.

More than however, the cultural diversity of Chiang Mai is awe-inspiring. There are 300 Buddhist temples, 16 mosques (identified from Chinese, Bengali, Pathan and Malay descent), two Sikh Temples and a Hindu temple, all within the city limits.

Two of the most famous Buddhist temples in Chiang Mai are Wat Phrathat Doi Suthep (which dates from 1383 and is the city’s most famous landmark) and Wat Chiang Man (the oldest temple in Chiang Mai that dates from the 13th century). A must see is the famous Night Bazaar where vendors a gauntlet selling handicrafts, antiques, clothing, ceramics, food and more — for miles! Chiang Mai is truly a cultural and adventure mecca! 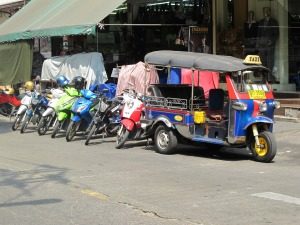 Chiang Rai
The city of Chiang Rai, the northernmost large city in Thailand, was founded by King Mangrai in 1262. The city is 530 miles north of Bangkok and 120 miles northeast of Chiang Mai. Just north of Chiang Rai is the Golden Triangle – the area where Thailand, Burma, and Laos come together.

Chiang Rai has a population of about 1 million people but many locals say it is much bigger due to the ever-increasing metropolitan spread. One of things about Chiang Rai is of ethnic groups that have a presence here.

12.5% of the population belongs to hill tribe people including many Karen, Akha, Lisa, Meo and Hmong tribes. Chiang Rai is the jumping off point if you want to do a hill tribe village trek. It’s a fascinating city with much to see and do!

The Islands
Thailand has over 5,000 miles of coastline just waiting to be explored! Travel by long-tailed boat, sea kayak, ferry or swim but let us help you discover these magical islands! The spectacular limestone karsts of Phang Nga Bay; beautiful, albeit bustling, Phuket; the white sand beaches of Krabi; snorkeling off the coast of Ko Phi Phi – all of this magic in one place! How could it be?

Hope to see you in Thailand soon!

Bambi Wineland is the mother of two internationally adopted children, a traveler, the and CEO of Motherland Travel. Motherland Travel designs Heritage Journeys for families with internationally adopted children. The emphasis of these Heritage Journeys is on family bonding, building self-esteem and cultivating pride in a family’s multi-cultural heritage. Read more about her here >> http://motherlandtravel.com/